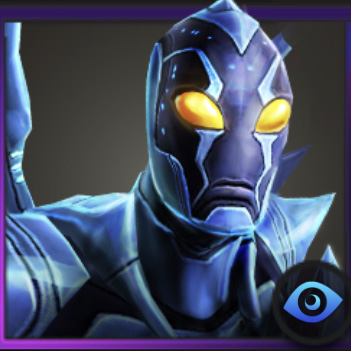 After bonding to the mysterious scarab entity, Jaime Reyes is granted extraordinary powers that make him a living weapon.

Beetle is built to be a counter to shield based heroes, both in his kit and his affinity. By upgrading Shield Breaker to legendary, each time a hero gains a shield, Beetle has a chance to use his second move, which also buffs based on active shields on the enemy team, making it a smart first choice. The upgrade for Beetle blast is more situational but useful nonetheless, purging all death and damage immunities, including awareness with a massive AoE if there are no shielded enemies. You can further increase your buffs with Scarab’s Might, gaining more defense from the move.

The upgrade for his basic move, Scarab Slash, can also be done earlier if you feel you need to. As a mystic, having the ability to cut through shields and directly damage a shielded energy hero (the most common shielder) is a great utility.

Blue Beetle synergizes very well with other toons who break through shields, making quick work of even the peskiest of Lantern teams. Beetle, while capable of granting agility to himself, can be quickly taken out. If a strong enough physical toon kills him with a hit, his passive won’t trigger and generate his own shields. Because of this, it’s nice to pair him with a taunting tank or a hero who can grant him invisibility. Beetle has below average damage, so be sure to pair him with characters who can grant him strength ups to ensure he’s packing a punch. Check below for recommended allies!

Any heavy hitting red can make quick work of Blue Beetle, especially those with area of effect attacks that can damage past a taunter. Beetle is very squishy, so play it carefully.

Beetle is arguably one of the worst heroes in the game. If you decide to invest in him, more power to you for trying to make it work. He really only works well against pesky shields, and even then, other heroes do it far better than him. 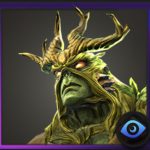 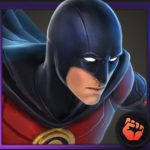