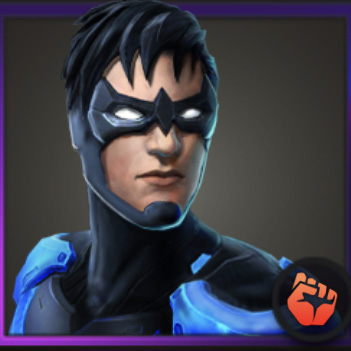 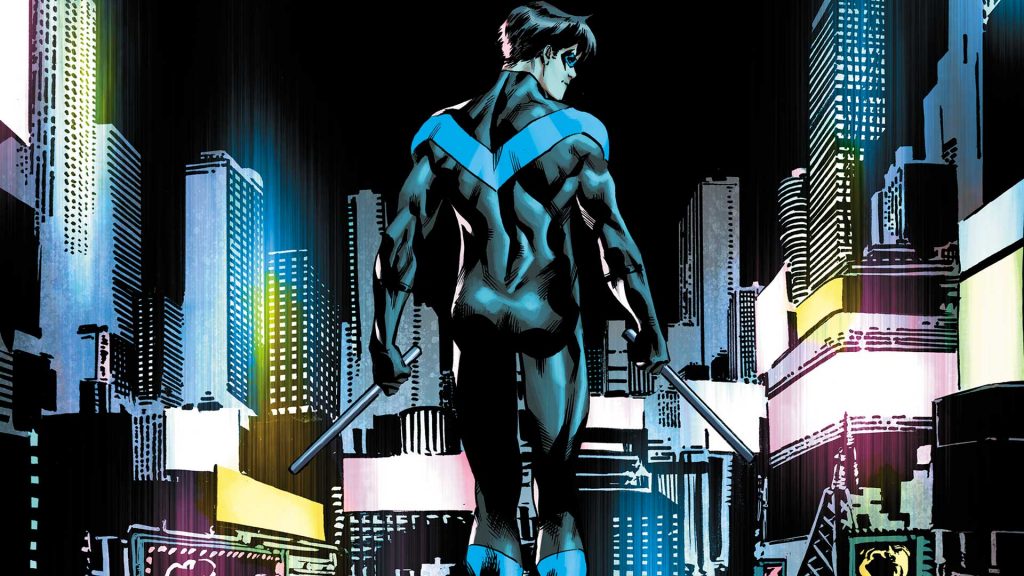 After being trained to be the first Robin, the adult Dick Grayson now steps out of his mentor’s shadow as Nightwing.

Born to a circus family, Dick was the youngest and most talented acrobat of the Flying Graysons. After his family was murdered, Dick came to the attention of Bruce Wayne, who recognized the boy’s grief and determination. Taking him under his wing, Batman trained Dick to fight crime as Robin, protege to Batman. After years as a sidekick though, Grayson needed to be a hero on his own terms. Now he flies through the air with the greatest of ease as Nightwing.

Nightwing can become quite evasive with some legendary upgrades, and his 3rd move grants him a power few other characters have — the ability to pass evasion ups to characters who would otherwise not be able to get them. His passive upgrade helps his survivability, considering he should always have an evasion to keep him buffed up! If you don’t see yourself utilizing Nightwing as a leader, his 5th upgrade can be saved for last.

Nightwing works well with other characters who like invisibility and evasion ups. Pairing him with someone like Red Robin allows both of them to get random attacks in after each turn if Nightwing is leading.

Characters who can cut through Nightwing’s evasions and see through his invisibility counter him.

Nightwing has a fun and interesting kit, but in most cases he is out shined by other evaders or invisible characters. Leaders like Batgirl or Black Canary can more efficiently pass evasion ups to the team, and Red Robin doesn’t require a leader slot to proc random hits. With that said, his recent rework has made him more sustainable as a leader, offering better protection to his team by making it so they can stay invisible while he dodges hits, eliminating the need to rely heavily on a taunter. 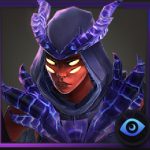 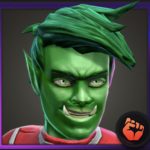