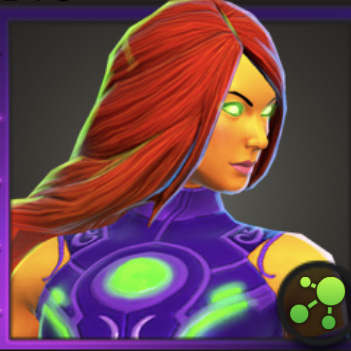 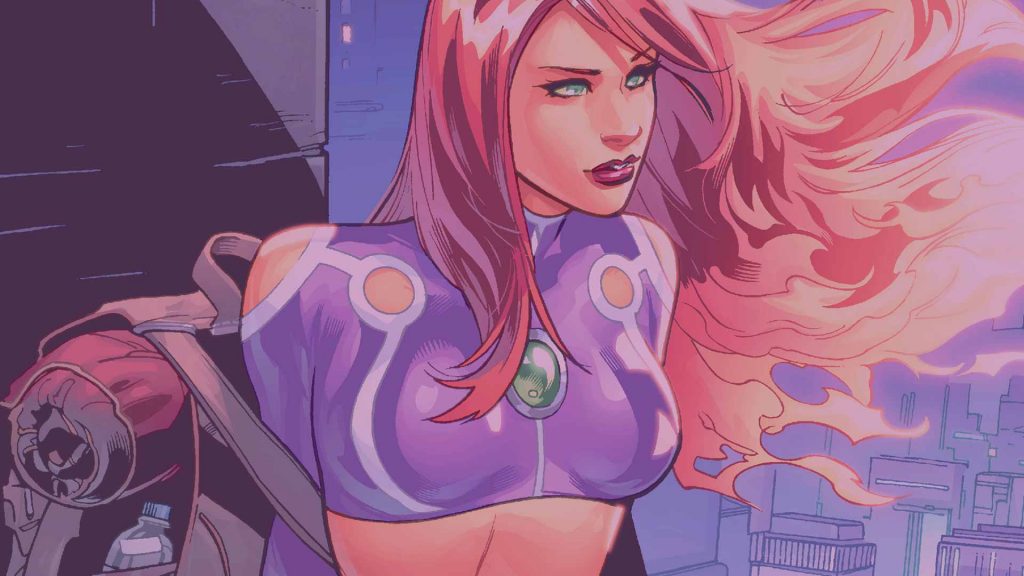 Sold into slavery to save her planet, Princess Koriand’r now calls Earth her home and defends it with her powerful starbolts!

Koriand’r was born a princess on the planet Tamaran. When her home was threatened by their enemy, The Citadel, she was betrayed by her sister and sold into slavery to appease them. Eventually escaping her captors, Coriander found a new home on Earth and a new family in the Teen Titans. With her ability to absorb ultraviolet radiation and unleash powerful star bolts, she defends her friends on her new world.

Starfire really shines when an ally is healed, retaliating against a random enemy and gaining death immunity as a result to protect her squishy form. When her basic can’t miss, she very quickly and easily shuts down physical-heavy evasion teams. Seeing as Tamaran Super Nova already does massive damage, the extra 25% is trivial and not as necessary as the stun chance and buff on ally death.

Starfire benefits most from other toons who can either heal themselves or allies, allowing her passive to proc constantly to provide reliable intelligence ups and death immunity. Starfire doesn’t really require heroes who can grant intelligence ups, as she stacks them fairly high herself, though she benefits greatly from heroes like Constantine or Harley Quinn – Mad Jester who effectively apply intelligence downs to the enemy team. Find more synergetic characters below!

Starfire is a Glass Cannon. While she may hit incredibly hard, she is very weak to damage herself, which is why the death immunity in her kit is so important. Heavy damaging mystics, such as Etrigan, obliterate Starfire quickly before she can get ramped up, shutting her down in a matter of seconds. Check below for more counters!

Starfire is an amazing hero to have, who is unfortunately locked behind a bit of a paywall. She can act as a bit of a tank with her resistance to death when lots of healing are applied to her allies, and she quickly ramps up to nuke her opponents with a supernova. With Starfire, very few evasion characters pose a threat.

Final word of advice, avoid or eliminate any enemy Wonder Girl as quickly as possible. Starfire’s tendency to stack intelligence ups makes her an easy enemy for Wonder Girl to take out, also damaging the rest of your team as she destroys this amazing glass cannon. 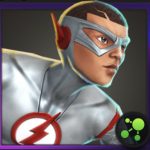