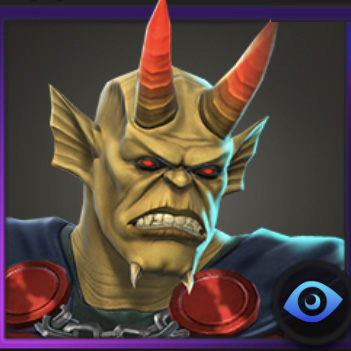 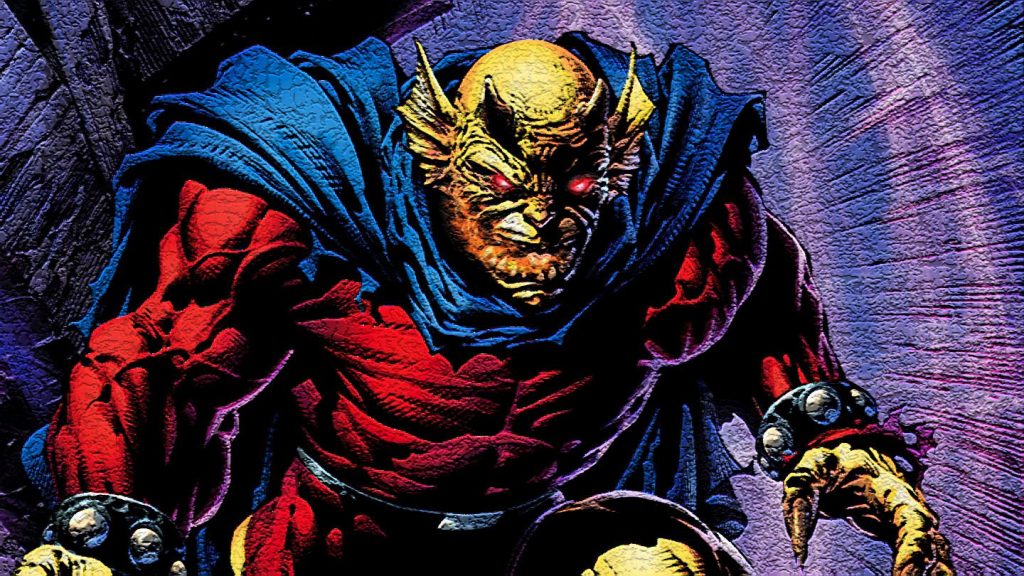 For more than a 1000 years, Jason Blood has been cursed to fight evil by transforming himself into the demon Etrigan.

Etrigan can ramp up with his 4th legendary upgrade, and his 1st allowing him to strike twice can pack quite a punch. Etrigan’s health is rather average, but he makes up for it with his self-healing, which is influenced by his intelligence. His 3rd upgrade helps him obtain that overheal from the start, allowing the double punches to begin as soon as possible!

Etrigan is quite a one man army, but his best allies will capitalize and enable his special damage. Allies like Constantine can call assist and apply intelligence downs on the enemy, making Etrigan even more terrifying.

Etrigan is countered by those who can stop him from buffing and negate his healing to keep his double strikes in check. Hard hitting physical characters like Catwoman can do this with ease.

Etrigan is an extremely self-sufficient monster to face, and he can easily annihilate characters of all affinities if he has enough time to ramp up. When paired with allies who further enable him to deal massive amounts of special damage, his enemies don’t stand a chance. 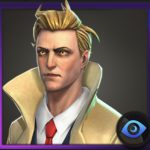 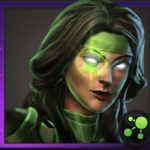