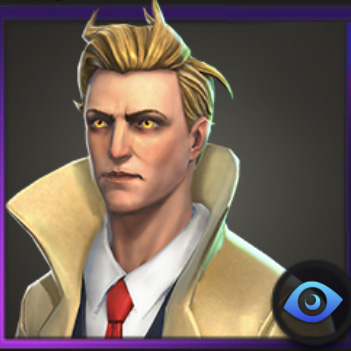 An occult detective hailing from England, Constantine’s mastery of the dark arts is almost as powerful as his snark.

Born an under an ominous sign, tragedy has followed Constantine his whole life and hardened him into a sharp-tongued cynic who just so happens to be one of the world’s greatest protectors against supernatural threats. Though accomplished in the occult arts, his greatest talent lies in his ability to manipulate and outwit both his enemies and allies alike.

Constantine relies heavily on his legendary upgrades to reach truly unfettered power. The only less-than-stellar upgrade of his is the 4th upgrade, which just adds insult to your enemy team’s already debuffed injuries.

Constantine works well with allies who can protect him, be it through invisibility or taunting. He also works well with those who revive, and those who enjoy being called to assist. Constantine is a character who relies heavily on his teammates, which makes him fit well in a variety of team compositions. Special damage characters and bleeder characters can also benefit from his intelligence downs and bleeds.

Characters who bypass his invisibility, either through AoE attacks, True Sight or other means can quickly eliminate Constantine and stop him from snowballing out of control. Eliminating Constantine first should be a top priority when facing him; killing his allies first only slows your team down and makes him stronger.

Constantine is an all around phenomenal character that can shine on a team whether as leader or not. His ability to place taunts and call assists can manipulate the battle in his favor easily. 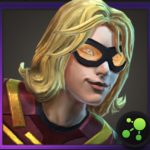 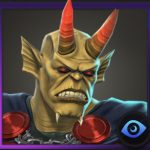