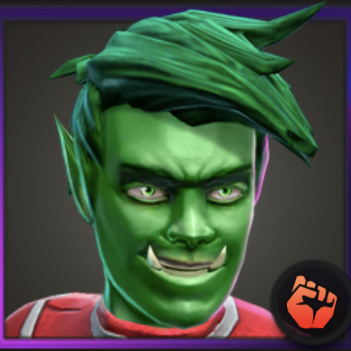 With a cheerful attitude, Beast Boy uses his shapeshifting powers to defeat the bad guys while having fun.

When afflicted by a strange and deadly African disease, Garfield Logan’s parents had to act quickly using an untested serum in the hope of saving their only child. Gar’s life was saved, but along with turning his skin and hair green, came the ability to shapeshift into any animal he wanted. After his parents’ passing, Gar decided to use his powers for good with different crime fighting groups, until finding a new home and family with the Titans.

Beast Boy is an interesting character in that his legendary upgrades can be tailored to suit the needs of your roster. His Damage Immunity upgrade is pretty valuable and can extend his life in sticky situations, as can his shield but after that, he can be used pretty freely. Pairing him with healers who will keep him overhealed like Raven? His 5 would be a great second upgrade! Need Buff Immunity to deal with pesky foes? Try out his 3rd upgrade, or go for his 1st to strip Awareness.

Beast Boy has his best synergy with fellow Titans characters that can enable him to get in free hits. He doesn’t do a ton of damage, but the pace in which he can move can be astounding when all his teammates are helping him get his passive off. His ability to spread Affinity Resistance buffs can help allies benefit from Donna Troy’s passive granting them Awareness. Pairing him with Nightwing can enable tons of off-turn attacks, and fellow Titan Raven can help keep him overhealed. Characters like Kid Flash can manipulate turn meter with Beast Boy as well.

To avoid Beast Boy’s Damage Immunity upgrade, he’ll need to be dealt with quickly by heavy-hitting Energy characters or debuffed with Buff or Heal Immunity. Power Girl can spell trouble for Beast Boy — her beginning taunt and counter attacks can easily wipe him before he gets too far into the battle. Starfire and her AoE nuke can also wipe Beast Boy, even if he is hiding behind a taunter.

Beast Boy is a fun and energetic character that can get multiple attacks and be a nuisance to come up against, but he’s not overly strong. Like most characters in the game, a little bit of strategy can take him down fairly simply. He shines when paired with his fellow Titans or when utilized on a turn meter manipulation team. 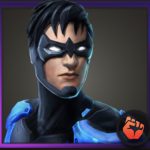 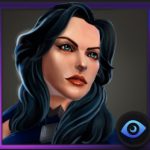