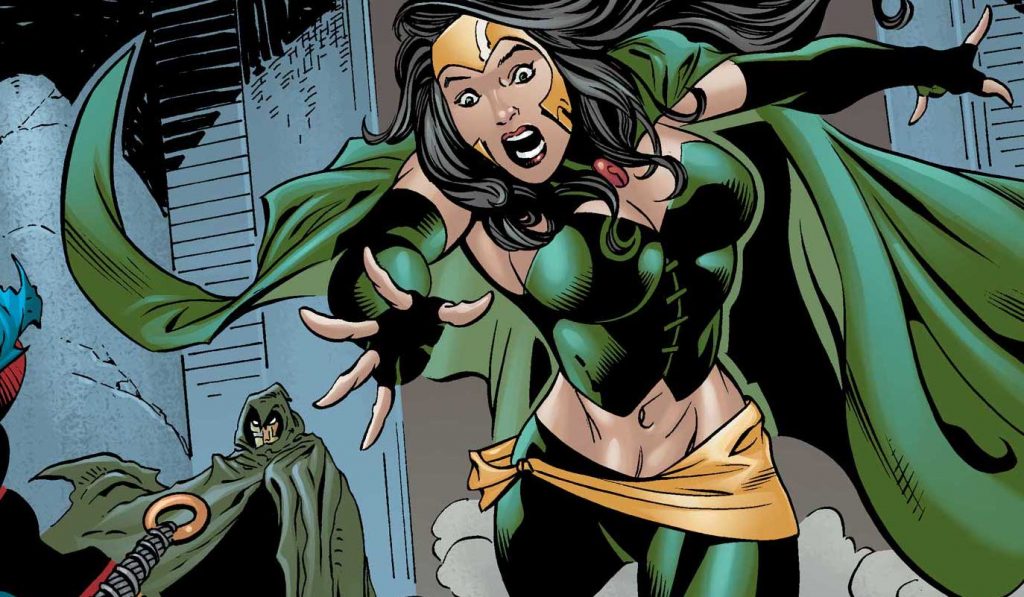 After being possessed, June Moone was granted vast magical powers but now struggles to keep a dangerous spirit under control.

While at a costume party, artist June Moone stumbled upon a secret chamber where the magical spirit Dzamor granted her the ability to transform into the Enchantress, a powerful sorceress. But the dangerous spirit wanted June to pursue its evil intentions. While June can harness Dzamor’s powers, she is barely able to keep it in check, so she is now kept under the strict control of the infamous Suicide Squad.

Enchantress is a Special Striker Mystical character with a base speed of 54. Below is a chart of the gear bonuses at rank 11.

Enchantress is able to get extra attacks in when healed thanks to her 3rd upgrade, allowing her to synergize well with other healers. Her other upgrades increase her meager damage output, allow her to cleanse her team, and help the very slow witch gain some meter. Least important is her team leader upgrade; gaining a 20% overheal at the start of battle, while good, is a one time bonus while her other upgrades can trigger multiple times.

Enchantress can take allies who rely on receiving a steady heal to new heights. Partnering her with characters like Bane and Etrigan can keep them overhealed and dealing heavy damage that she lacks. She also works well with Starfire, with her dedicated heal helping Starfire proc her passive.

Enchantress relies on healing to be effective, making heal immunity a large counter to her. Constantine also counters her effectively, dealing extra damage to overhealed enemies.

Enchantress is a very slow healer with little means of making herself faster, limiting her use especially in PvP modes. She makes a great partner for those who like to be overhealed, and her slow speed is less of an issue in modes PvE and R.E.D. Alerts. 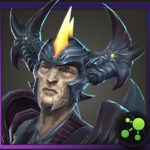 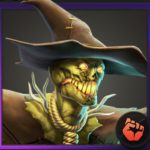