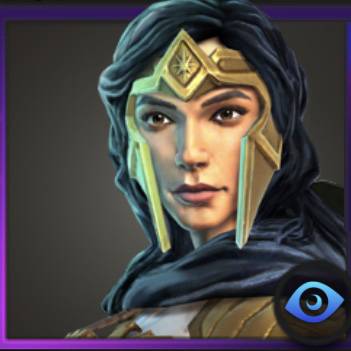 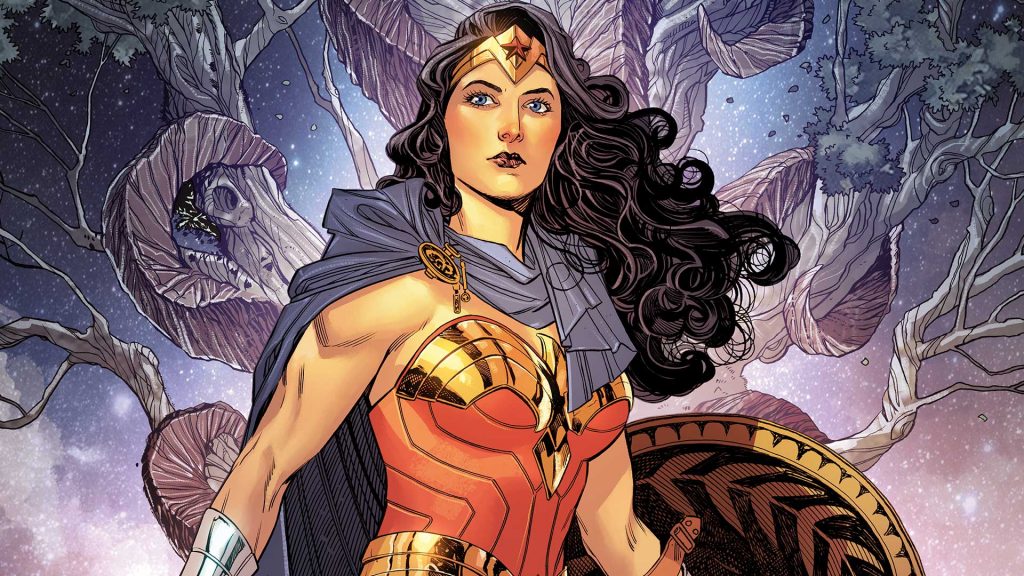 Diana of Themyscira is an Amazonian princess with unparalleled combat skills and an unwavering commitment to defend the innocent.

Born among the legendary Amazons of Greek myth, Princess Diana has a fierce warrior’s heart while being an emissary of peace. On a hidden island paradise, she was trained in the arts of combat as well as justice and equality. Diana ventured into the ‘World of Men’ armed with magical gifts from the gods and a message for all men and women – that all the world can be united through compassion, strength and understanding.

Wonder Woman is a Physical Striker Mystic character with a base speed of 90. Below is a chart of the gear bonuses at rank 11.

Wonder Woman is one of few characters with 5 great upgrades. Her legendary moves make her a more effective taunter, keep her healthy and shielded, and give her the ability to counter evasion teams and debuff enemies — something rare for Mystic characters. Her least useful of these upgrades is her team leader; while you’ll want Wonder Woman to be your leader so that she can heal when taunting, the cooldown on Amazonian Strength isn’t that big of a deal considering you’ll likely only use it at the start of battle to remove evasions.

Wonder Woman’s love of buffing herself makes her a liability against characters like Wonder Girl. Hard-hitting physical characters can also quickly make it so that she stops taunting or dies. Catwoman‘s stun can shut out her passive ability completely!

Wonder Woman has fallen from popularity as a leader in the PvP with the addition of Wonder Girl, but she still remains a great choice when battling evasion teams. Her ability to pass buffs to her team through her basic is unique, making her great for PvE content when paired with characters like Poison Ivy. 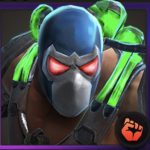 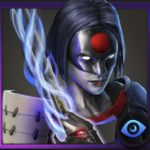