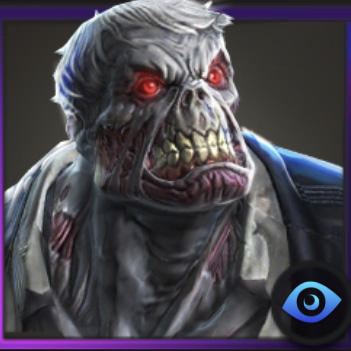 Legend has it this hulking zombie was born on a Monday, died on a Saturday, and buried on Sunday.

In the Slaughter Swamps outside of Gotham City, the sins of Cyrus Gold caught up with him. Murdered and disposed of, that was not his end, for an undead monstrosity arose from the cursed swamp. With no clear memories of his past, the brute adopted the name Solomon Grundy from a children’s nursery rhyme and became a menace. Immortal and nearly indestructible, Grundy can be put down, but he always returns on a Monday.

Solomon Grundy is a Physical Tank Mystical character with a base speed of 49. Below is a chart of the gear bonuses at rank 11.

Grundy can hit especially hard with his 1st upgrade — over doubling his damage thanks to both increases. Giving him pretty much an instant turn when revived thanks to his 5th upgrade helps accelerate him even further and his 4th upgrade helps make him hit harder with every blow.

Grundy works best with allies who can enrage him and gain benefits from his enrage. Grundy’s best friend is Atrocitus – someone who can further increase his damage and give him a speed boost as well!

Heal Immunity shuts down Grundy’s ability to revive. A hard hitting physical character like Huntress who can apply Heal Immunity can work well against Grundy.

Grundy is the slowest character in the game — but he hits very hard. Giving him some much needed speed through allies like Atrocitus and Cheetah, he can bring the pain. 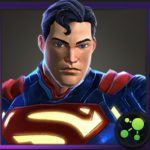 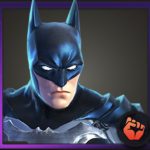