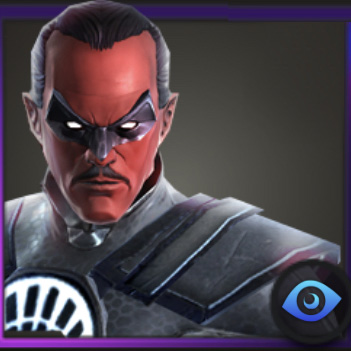 Once considered the Greatest Green Lantern, Sinestro wields the power of fear in an attempt to rule the universe as a tyrant.

With an overriding ambition to bring order to the universe, Thaal Sinestro was a respected Green Lantern who abused his power to make himself absolute overlord of his home world of Korugar. Banished for his crimes to the anti-matter universe of Qward, while in exile he managed to forge a power ring powered by the yellow light of fear. Now Sinestro leads his own Lantern Corps dedicated to terrifying the universe into unconditional submission.

Sinestro – White Lantern is a Special Striker Mystical character with a base speed of 60. Below is a chart of the gear bonuses at rank 11.

It’s unlikely you’ll need to use Sinestro as your team leader; other teammates have more valuable team leader bonuses. His best upgrades come in his increased health on revive, as well as the increased death immunity that lets the target be guaranteed safety for a while longer.

Allies who benefit from revives work well with Sinestro. Jessica Cruz can work wonders with him — he deals more damage when everyone is alive, and she gets stronger as people start to fall.

Those who apply Heal Immunity and get buffs on revives will counter Sinestro and his team’s gameplan. Characters like Red Hood can deny the enemy team the chance to get going upon death, while Supergirl can apply mass Heal Immunity to stop revives from going off in the first place.

Sinestro – White Lantern is an interesting character with some fun gameplay mechanics. However, Swamp Thing does his main job — reviving allies – a bit more reliably and consistently, and Atrocitus has this as a passive as well, while enabling the team in other ways through increased speed and damage. 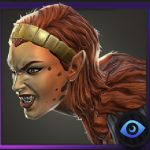 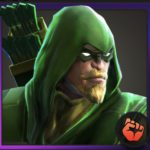