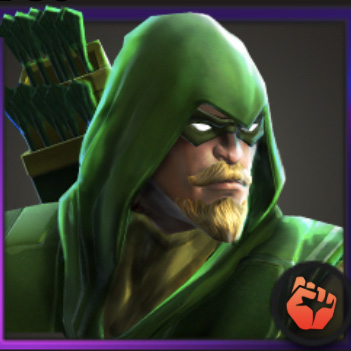 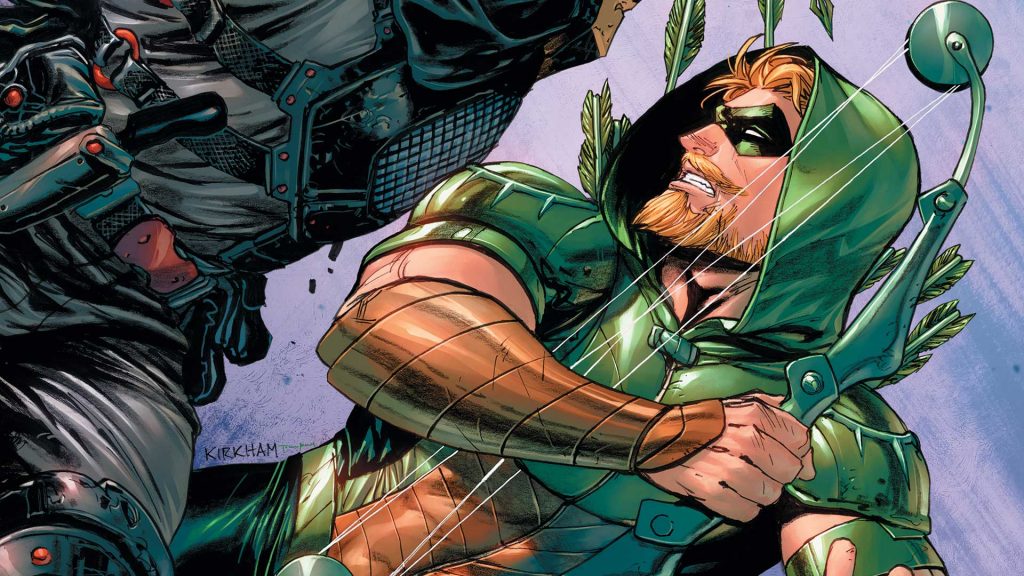 After surviving on a harsh deserted island Oliver Queen brought his newfound skills home to Star City as the vigilante Green Arrow.

After being betrayed and stranded on a remote island spoiled billionaire Oliver Queen was forced to survive with a crude bow and arrow. When he eventually discovered a band of criminals exploiting the island’s natives he used his jungle-honed skills to stop the abuse and found a purpose in life. Returning to civilization Queen adopted a flamboyant ‘robin hood’ persona that belies an unerring commitment to justice for the people.

Green Arrow – The Emerald Archer is a Physical Striker character with a base speed of 95. Below is a chart of the gear bonuses at rank 11.

Green Arrow’s leadership ability can essentially neuter the enemy team, making their hits weaker and their turn meter nonexistent. His ability to strike twice and apply further strength downs through his upgraded 1st and 2nd moves adds to the potency of his kit.

Pairing Green Arrow with high-crit chance characters can work to get his team leader bonus firing consistently, weakening the enemy in the process. He also works well with those who can keep him clear of debuffs.

Beefy Energy characters will destroy Arrow, meaning characters like Cyborg and Starfire can nuke him out of sight.

Green Arrow – The Emerald Archer is a powerful team leader that can hit multiple times and apply powerful debuffs to the enemy, weakening their attacks and controlling their ability to get in moves. 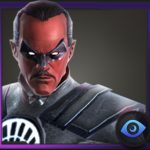 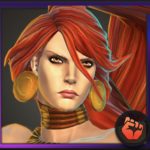