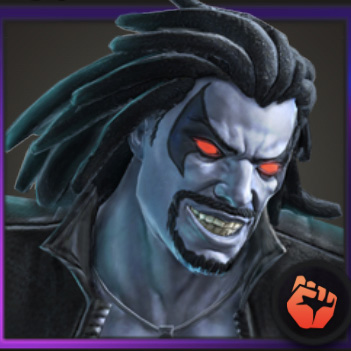 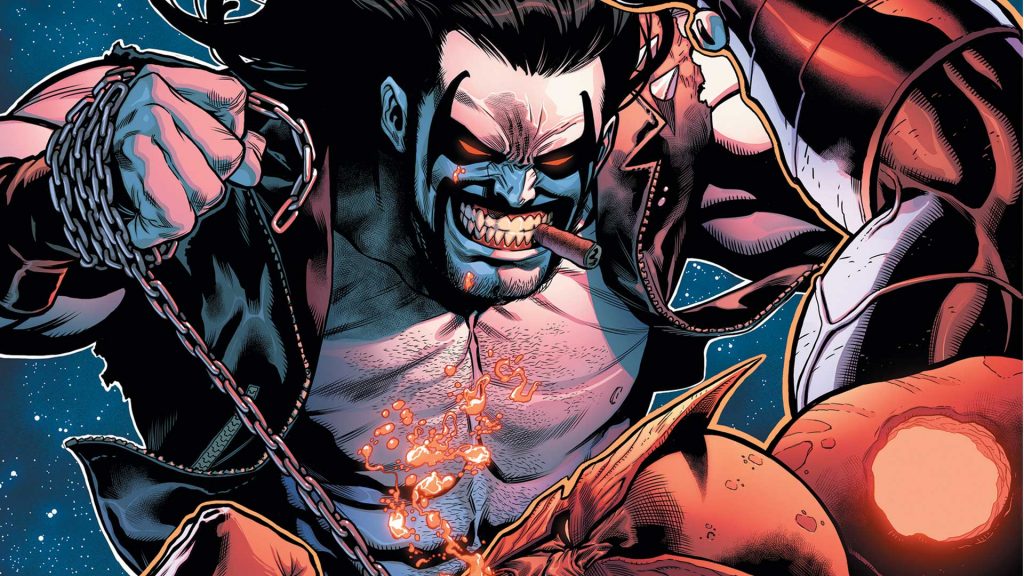 An intergalactic bounty hunter with a twisted code of honor, Lobo revels in ultraviolence and the thrill of the chase.

As the last of his alien race, Lobo’s story would be tragic – if he wasn’t the one who caused his planet’s destruction. Arrogant, rude and violent, Lobo makes a living hunting targets across the galaxy, causing enormous destruction along the way. With nearly unlimited regeneration abilities, Lobo always comes back for more. A target in Lobo’s sights can run but they can’t hide from the Main Man.

Lobo is a Physical Tank character with a base speed of 83. Below is a chart of the gear bonuses at rank 11.

Lobo can manipulate turn meter and apply bleeds with surprising accuracy and speed thanks to his legendary upgrades. One thing worth noting is to avoid his 4th legendary upgrade — giving him turn meter on anyone’s death is counterintuitive to his kit, making his own taunts wear off more quickly and opening his team up to attacks.

Lobo works well with characters who like it when their allies die and get stronger as a result. He also works nicely with bleed characters with his ability to apply AoE bleeds and ones that can’t miss.

Heal immunity is the best way to nip Lobo and his constant revives in the bud. His tanky health pool and relatively fast speed also means that a strong hitting Energy character will be best at eliminating him quickly.

Lobo has been tamed since his initial release when he could revive unlimited times, but that hasn’t changed his usefulness. He’s a potent character in bleed and revive teams, powering up his allies and protecting them with his beefy taunt and stamina gains.