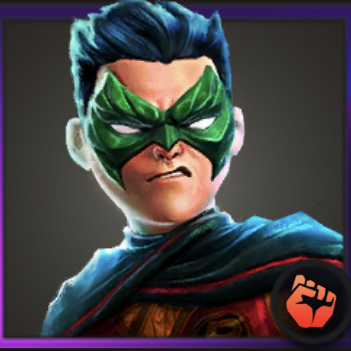 As the son of Batman, Damian Wayne struggles to live up to his father’s moral code after being raised by Ra’s Al Ghul and the ruthless league of assassins.

After being raised in secret and trained since birth by the League of Assassins, Damian Wayne sought out his biological father, Batman, to prove himself. Despite Damian’s arrogant and violent tendencies, Batman recognized his potential and allowed him to take up the mantle of Robin. As the son partner and occasional thorn-in-the-side of the Dark Knight, Damian struggles to prove himself a truly worthy heir to his heroic father.

Robin can ramp up to give even Batman a run for his month with the right invisible allies. His 2nd upgrade gives him increased strength and crit chance up per invisible ally, which can result in some pretty crazy damage numbers given the right conditions! His 4th upgrade triggers his One with the Shadow on enemy death, helping him snowball further out of control.

Robin loves invisibility, so characters like Clayface who can protect him and pass out invisibility buffs will work well with him.

When Robin has the right legendary upgrades and partners, he can grow very strong and fast, allowing him to eliminate enemies one after another. 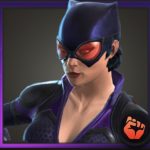 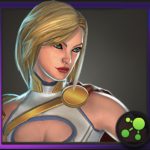