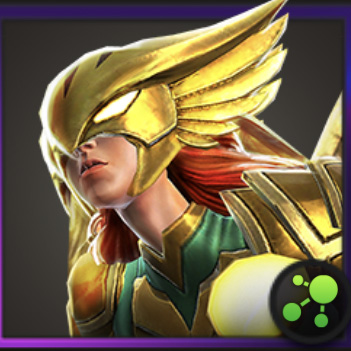 Born to Egyptian royalty, Kendra Saunders has lived and died countless times, and has been reincarnated as Hawkgirl.

In Ancient Egypt, Princess Chay-Ara was slain by the evil priest Hath-Set with a dagger forged of the mysterious Nth Metal from the alien world Thanagar. Cursed, her soul was destined to live and die innumerable times. In modern days, Kendra Saunders is the latest reincarnation of the fierce hero. Equipped with wings and the mace of Nth Metal, Hawkgirl draws her powers from both the ancient past of Earth and the alien world of Thanagar.

Hawkgirl relies on stuns to get her damage in, and both upgrades on her 4th move give her a guaranteed assist on stun. Her 2nd upgrade, while potentially giving all allies debuff immunity, is less useful given its random nature; if your team needs debuff immunity consider Wonder Woman – Princess of Themysciara instead.

Hawkgirl works well with allies who can provide stuns and give her further turn meter. Pair her with allies like Killer Frost or Vixen for some devastating stuns that will lock your opponents out of their own turns!

Stun and Debuff immune characters naturally counter Hawkgirl, as well as those who can evade her stuns or cleanse their team.

Hawkgirl remains reliant on random luck, even after her rework, but give her the right allies and you can potentially stun lock the enemy, blocking them from ever getting a hit on you! 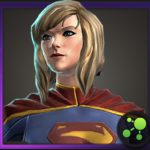 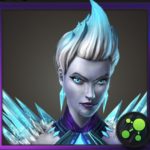