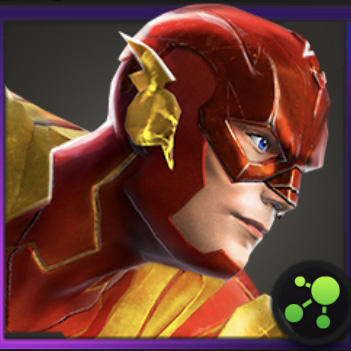 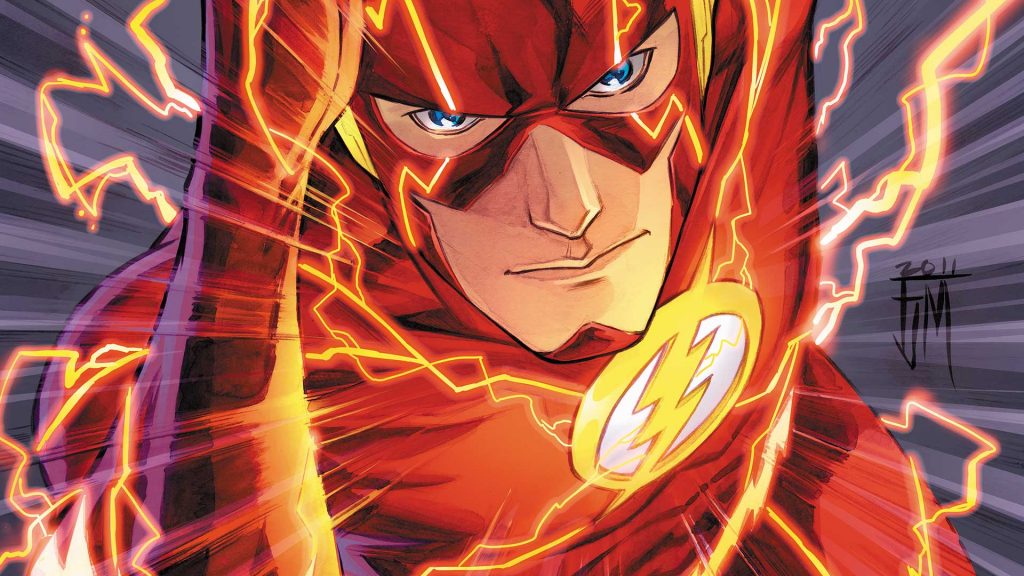 After his mother was killed and the culprit never caught, Barry Allen dedicated himself to solving crimes as a forensic scientist. His single-mindedness left little time for anything else and kept him always running late until the day a mysterious lightning bolt struck and empowered him with the Speed Force. Able to run at practically the speed of light, Allen is the fastest man alive — but he’s still running late to his appointments.

Flash is a Physical Striker Energy character with a base speed of 101. Below is a chart of the gear bonuses at rank 11.

Flash is all about random attacks, and both upgrades on his passive ability help him to do just that! Debuff immunity and further speed ups help his kit get into its stride.

Flash loves to move fast, and pairing him with other fast allies like Kid Flash can work well.

Those who can keep the flash stunned can disable his passive attacks, and those who apply turn meter down will also keep him from getting a turn. This makes characters like Black Canary, Killer Frost and Wonder Woman – Defender of Justice capable of taking him down.

Flash is a speedy character, naturally, but his damage is pretty light unless he’s chaining multiple attacks. His legendary upgrades let him do just that — although it’s arguable that there are better Energy characters, even if they don’t move quite as fast. 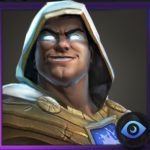