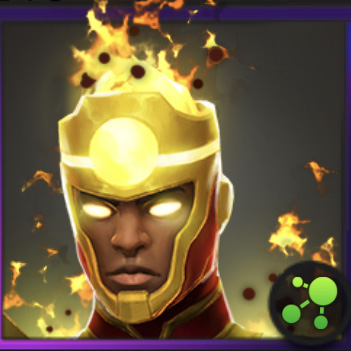 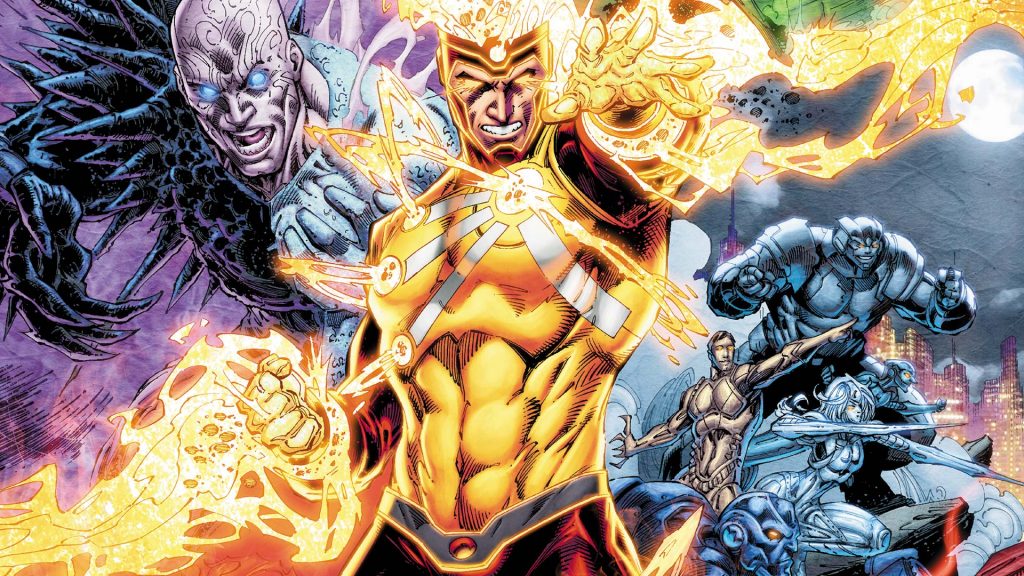 When young Jason Rusch and Professor Martin Stein are bound together in one body by the Firestorm Matrix, the results are nuclear!

Thanks to a strange accident, young Jason Rusch and brilliant Martin Stein find themselves bound by the mysterious power of the Firestorm Matrix. Jason, a teenager struggling to work his way off the mean streets of Detroit now shares a body with Professor Stein, a brilliant Nobel Prize winning physicist. Together the mismatched pair share their experience and knowledge in a single body that wields the awesome nuclear powers of Firestorm.

Firestorm is a Special Striker Energy character with a base speed of 83. Below is a chart of the gear bonuses at rank 11.

Firestorm needs Intelligence Ups to perform at his best, and his 4th upgrade helps him stay as buffed as possible. Other upgrades give him increased critical chance and further intelligence ups, helping him hit even harder.

Firestorm needs Intelligence Ups, buffs and shields to be effective, making him natural allies with characters like Dr. Fate.

Countering Firestorm involves killing him before he sets up to bomb you. Bringing a hard-hitting Mystical character to the fight can do just that. Characters like Wonder Girl can strip him of his necessary buffs and damage him in the process.

Firestorm was once a highly sought after character, but later additions have made him less desirable. For those looking for a character with a similar playstyle, Starfire does much of what Firestorm does — but better and without needing as much help from her teammates. 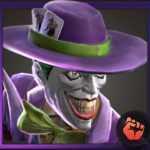 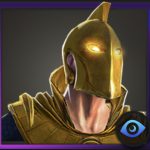